Heron Preston is different. Whether its bootlegging Givenchy’s “Rottweiler” t-shirt or reimagining workwear for New York’s Department of Sanitation, the San Fransisco-native has historically explored overlooked, sometimes uncharted spaces. For his latest endeavor, this quality has led him to design the HERON01, a fully 3D-printed shoe, with the help of Brooklyn-based technology leader, Zellerfeld.

After viewing an early prototype of a 3D-printed shoe from the Williamsburg-headquartered collective, Preston began to design the slip-on mule now known as the HERON01. Following an approach associated more with software development than shoe design, the project was discussed via transatlantic WhatsApp messages, and modifications were made within hours instead of months. The fully-recyclable proposition was inspired by nature, donning printed scales and textures informed by the feet of the Heron bird. Elements across the sole unit serve as the blend between the bird claw and advanced footwear design concepts showcased by MR.BAILEY® in his “Sunday Sketches” series on BEHANCE.

As with Kanye West’s adidas YEEZY FOAM RUNNER, the HERON01 is a laceless offering. The low ankle cutout allows for ease of entry, while the seamless, glue-less and stitching-less build throughout the shoe works in-tandem with the chunky tooling underfoot for a comfortable and durable ride. Standard sizing is offered by Preston and company, but the shoe can be custom-fitted to any foot using an iPhone for a foot scan. This last component is yet another example of how the American designer is breaking new ground.

The HERON01 has begun its rollout through stockx.com as part of the platform’s Campaign for a Cause. Participants can donate $10 USD for a chance to win a pair; 90% of proceeds will go to Global March, with the raffle closing on October 8th. A limited release through zellerfeld.com will take place at a later date, allowing beta testers the chance to purchase the shoe for an undisclosed amount. 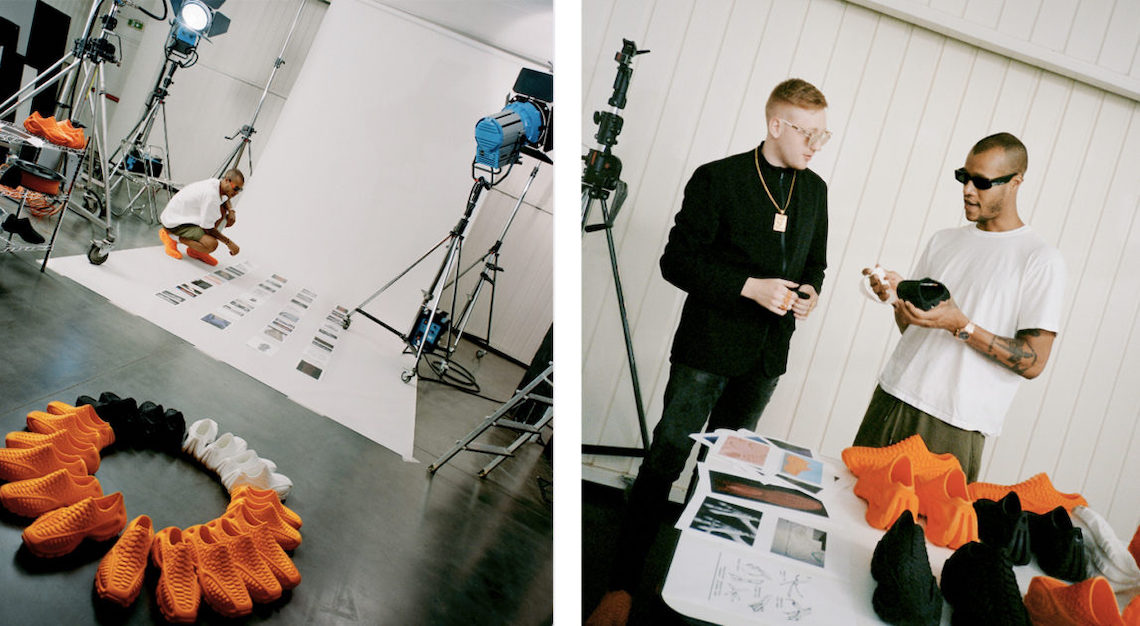