Nike is bringing back some old shoes to be new, and making them look old. Again. This method of pre-treatment is certainly not a new concept with the Dunk Low, as Nike brought back several original Be True To Your School colorways back in 2011 covered in a light film of yellow lacquer, attempting to inject an aged, worn down look as if the kicks were found at Goodwill or some clearance bin. Even the leather on those Dunks were extremely soft and pliable, further achieving that decades-old look and feel.

If you remember, the reverse Curry, Ultraman, Michigan, and navy/red were made available in that awesome approach, and it looks as if Nike is revisiting some classic colorways with the same vintage look in mind by utilizing yellow oxidized soles. This first look at a navy/white pair gives us a peek at what to expect with these Dunk drops, and its likely that several colorways will be made available, further extending this unthinkable run by the reborn silhouette. We’ll update you with more release info as it arrives, but in the meantime, grab a first look here and stay tuned. 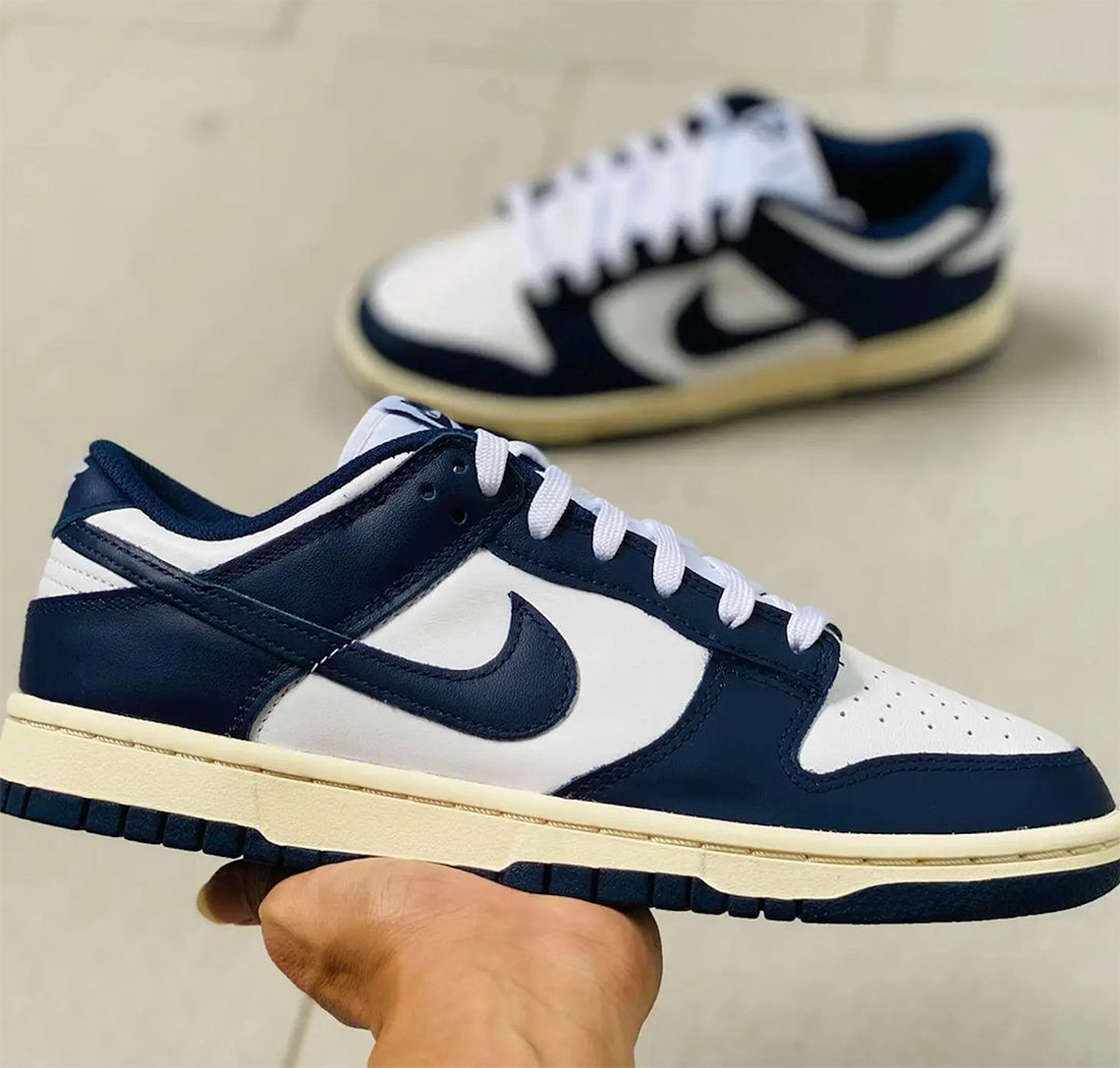