Virgil Abloh already has quite a few releases lined up for the new year. And alongside Nike, the designer is offering Air Force 1s lensed through not just the Louis Vuitton ethos but Off-White‘s as well.

The latter set — which uses the Air Force 1 Mid, specifically — is due to arrive this Spring in two colorways: one black, the other white. According to the available mock-up, we can expect both to feature similar elements, such as Helvetica text, contrast tabs, and what appears to be clear panels. Elsewhere, their construction is ostensibly ordinary, predominantly comprised of smooth leather.

Priced at $185 USD, we can expect more information to surface closer to the rumored Spring 2022 release.

In case you missed it, the Yeezy Knit Runner is arriving at the end of the month. 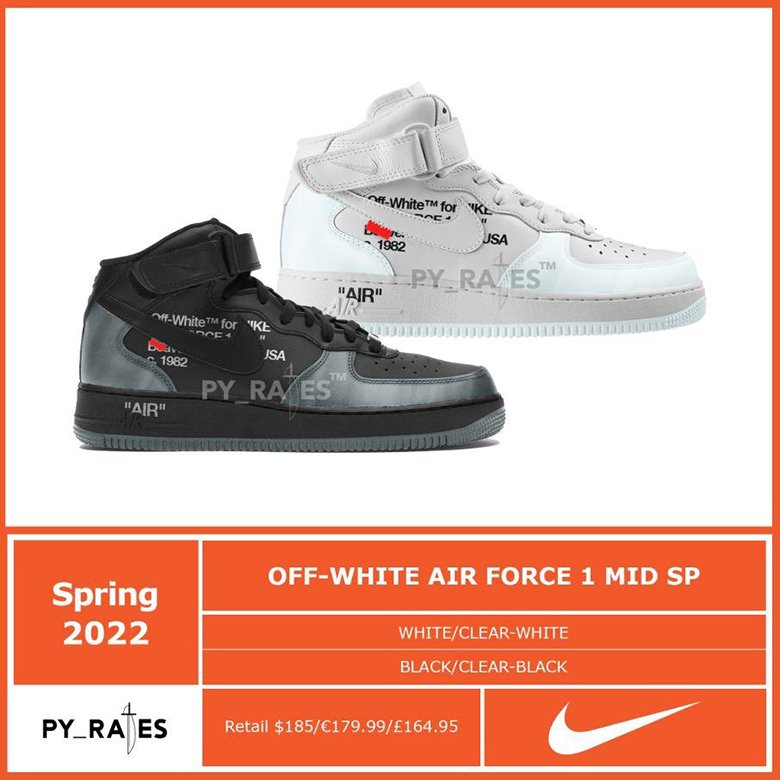