Tiger camouflage patterns are woven into the Undefeated fabric. Literally. From their in-line military-themed garb to their limited edition footwear collaborations, the West-Coast based boutique has long since applied the distinct camo pattern across its product for years. Up next is a duet of Converse Chuck 70s with the ankles chopped to give off more of that Mid appearance, presented in two new colorways of Desert and Forest.

The Desert applies a mix of earthy browns and tans, with some illusory effect suggesting a bit of a light pink tone. The Forest also opts for a faded set of greens with a bit of that Desert palette mixed within. Both options feature full white soles and toe-caps while a surplus-style patch is embroidered on the outward heels. Finally, the iconic All-Star circular logo is placed on its customary medial sidewall, although slightly dropped to accommodate the adjusted height.

A release is expected exclusively through Undefeated on October 14th, while a global drop is expected on Converse.com and select retailers on October 21st. 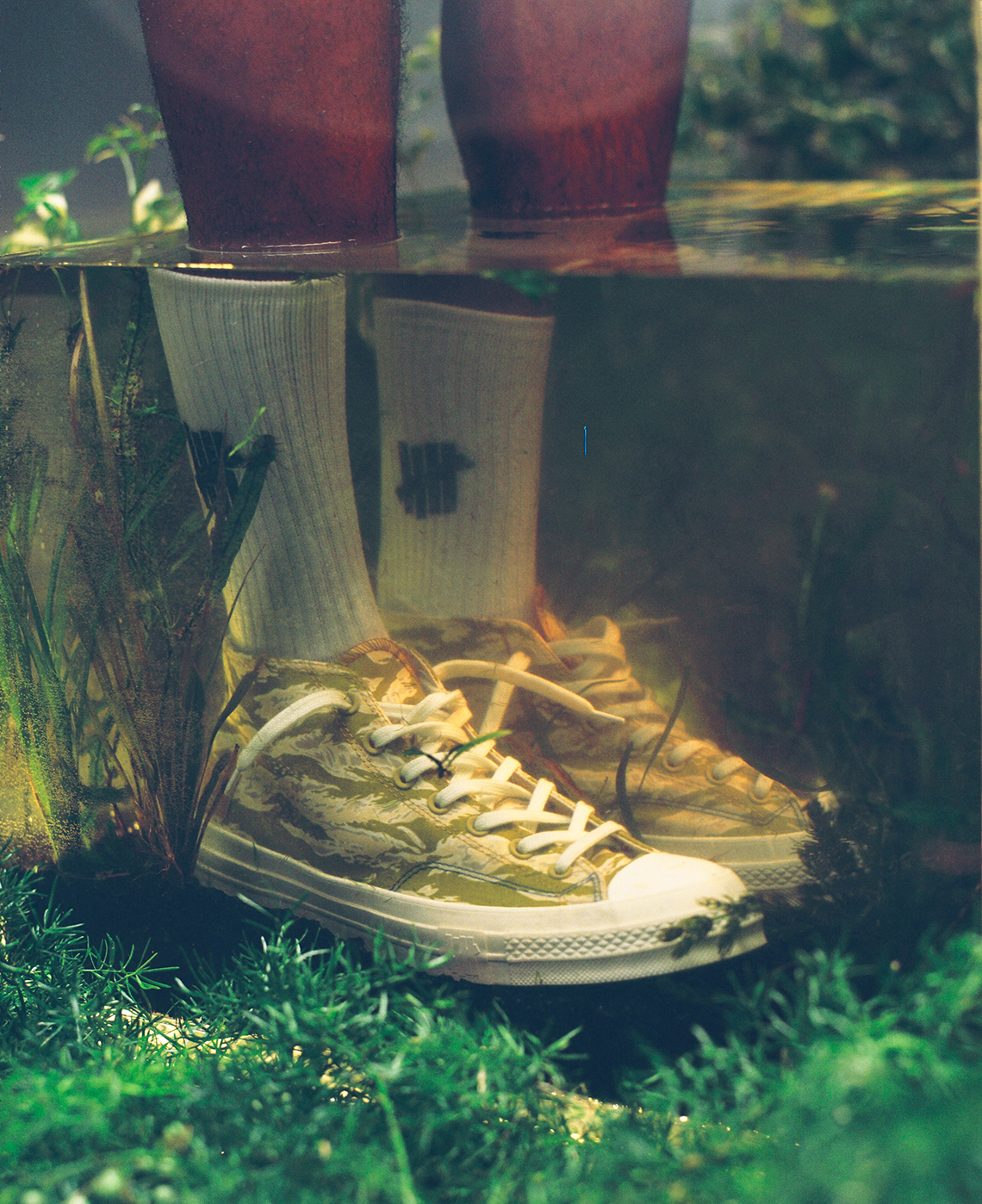 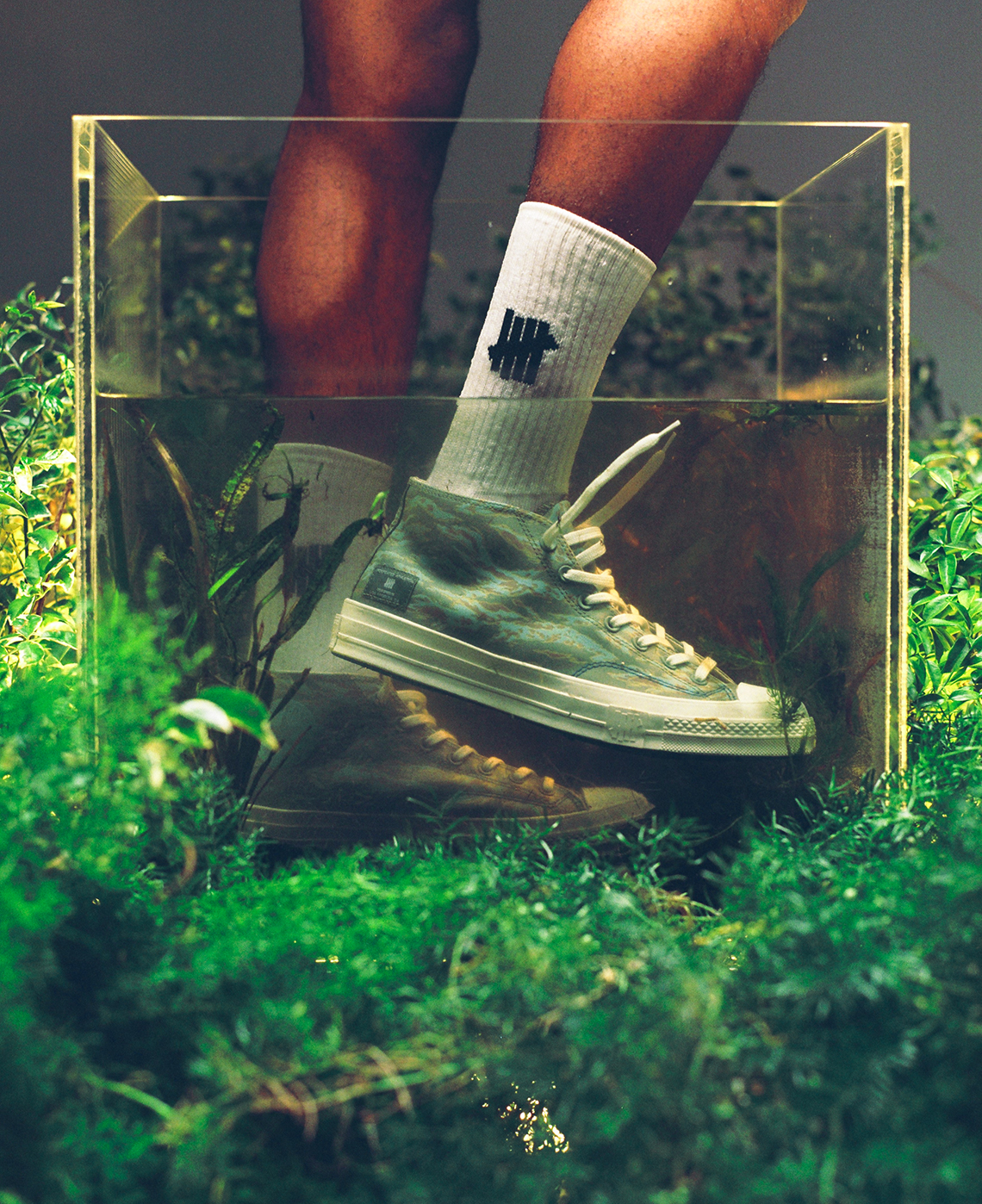 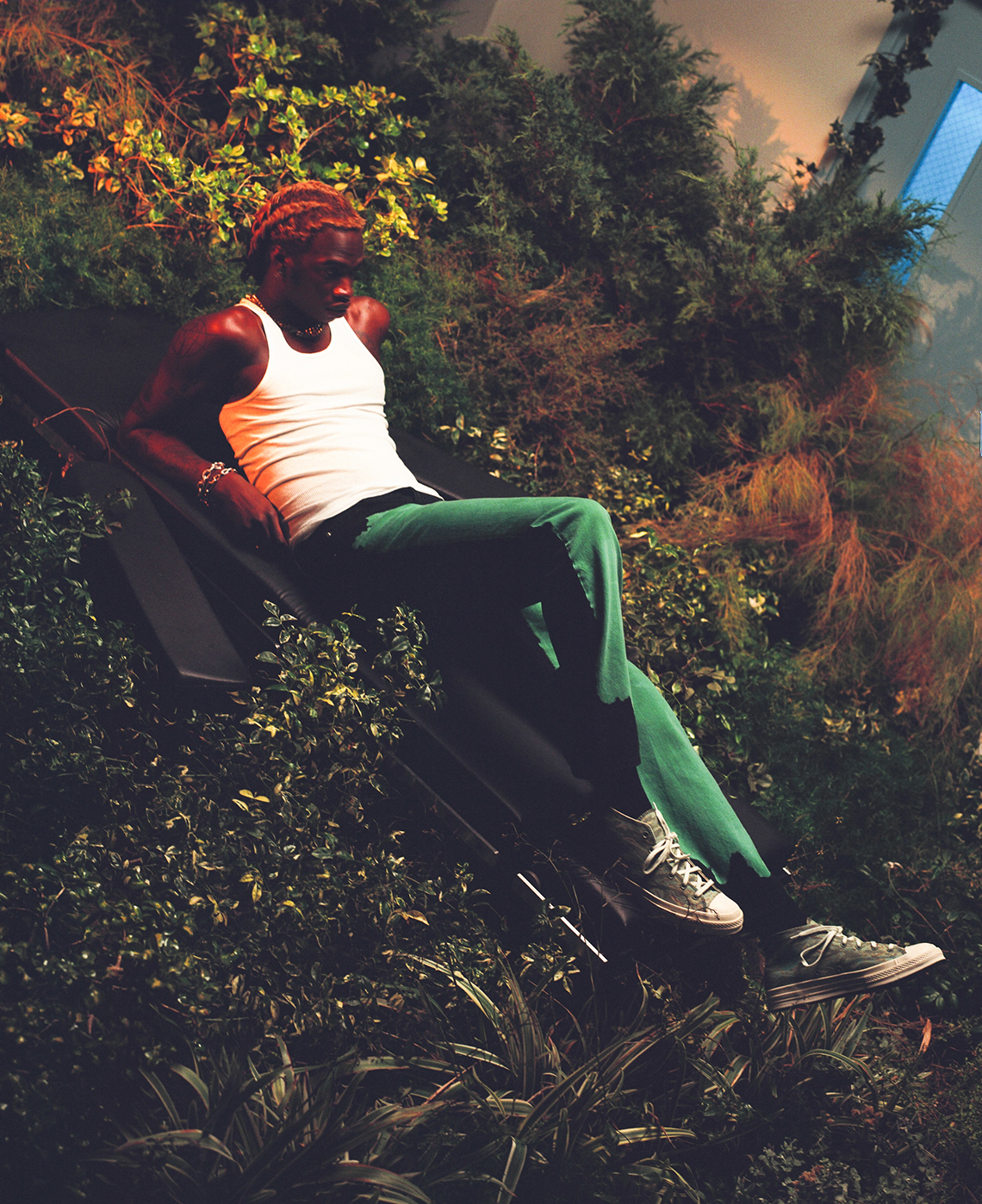 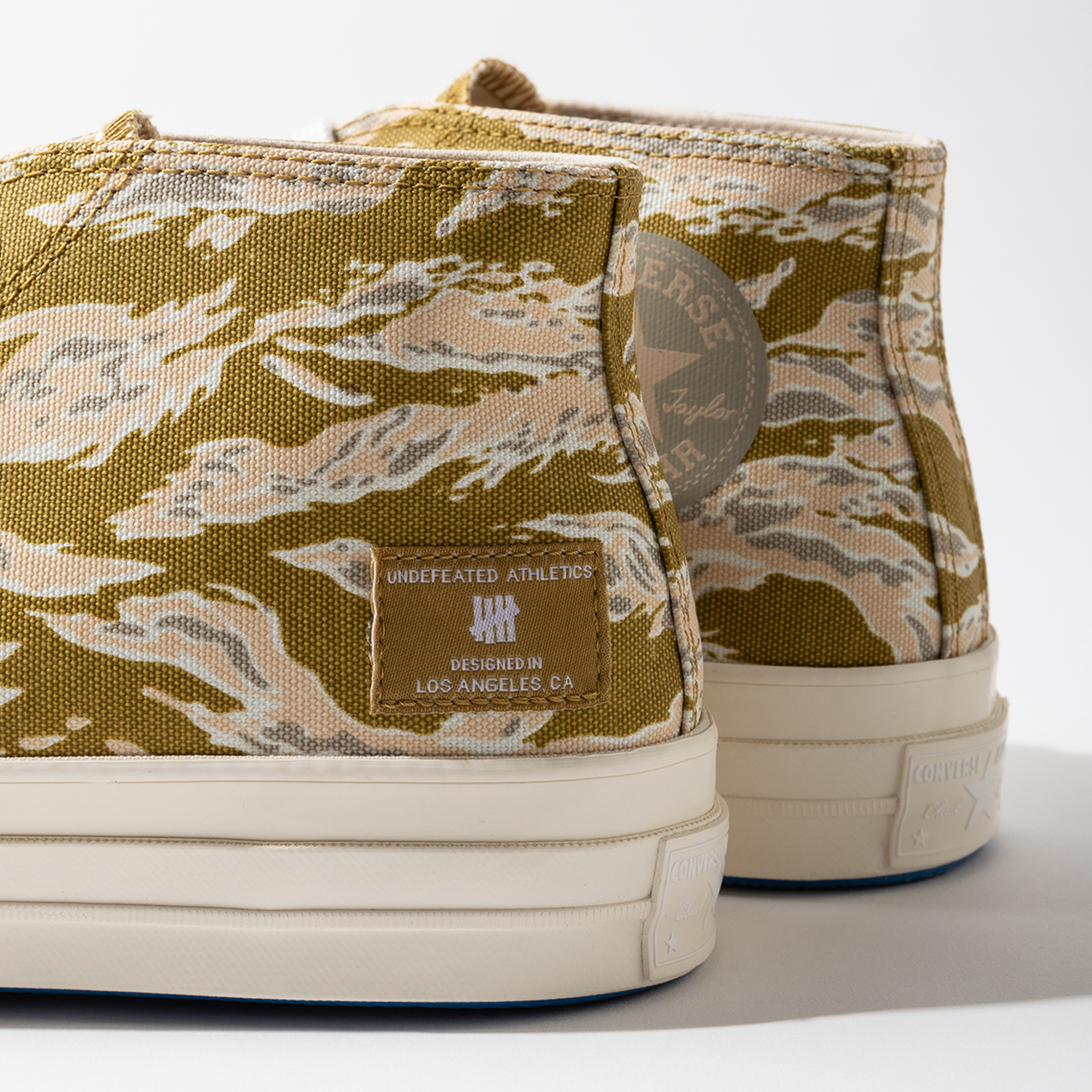 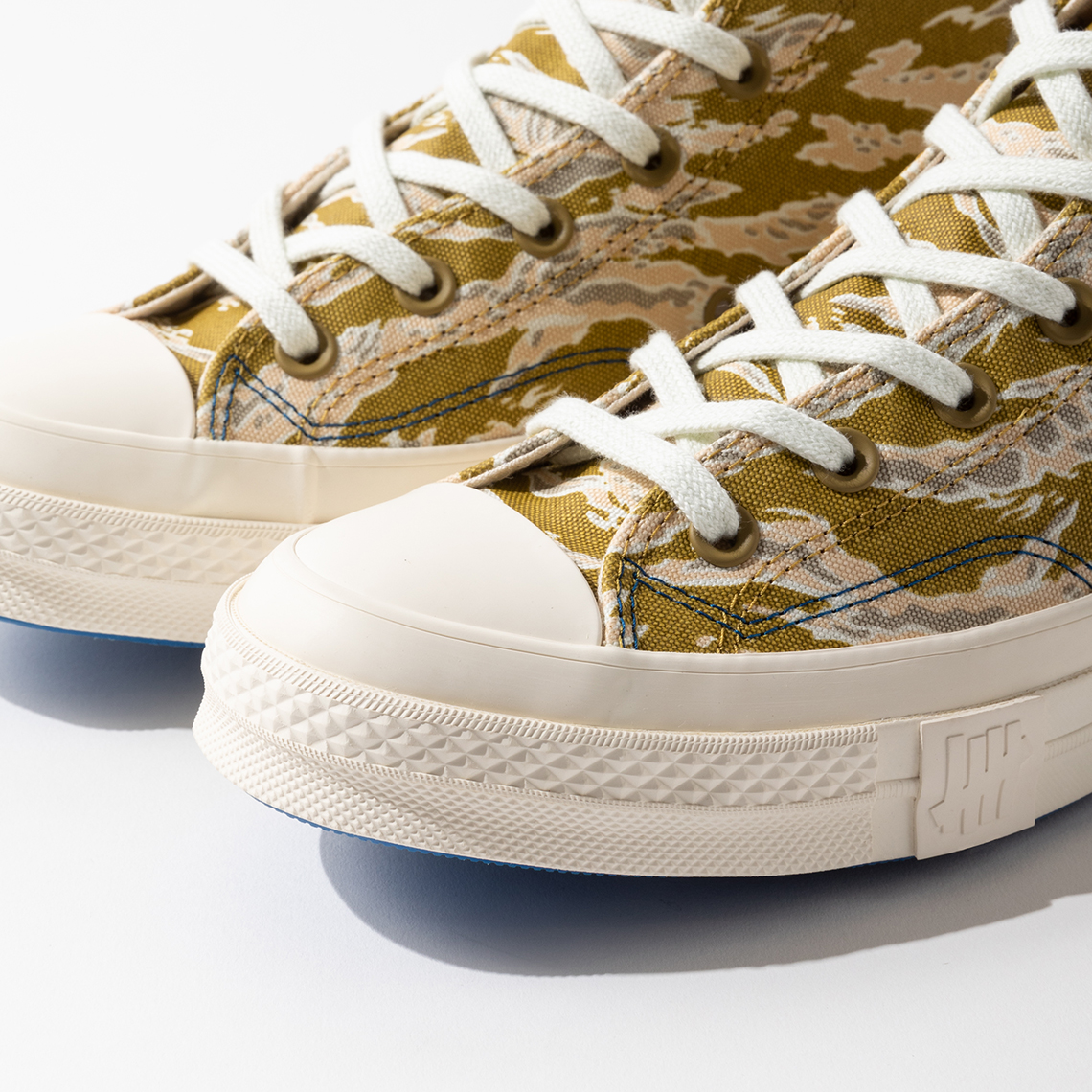 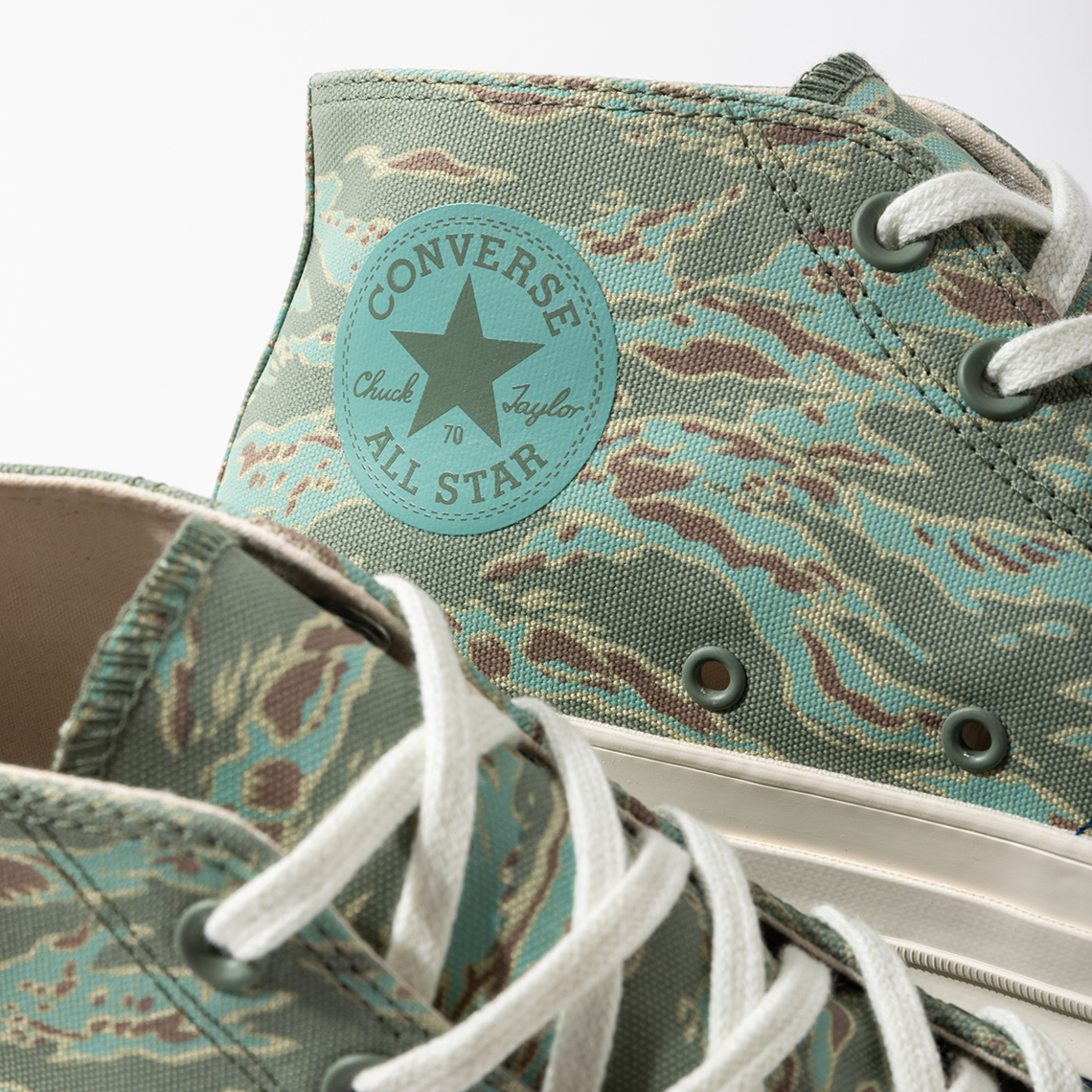