Microsoft changed the face of gaming on November 15th, 2001. Over the last 20 years, the company has introduced technology, services and characters that’ve won the hearts of millions of players across the globe. To celebrate two decades in the space, the North American gaming brand will release a special edition adidas Forum Tech BOOST.

Inspired by the original Xbox console made to accompany the launch of “Halo: Combat Evolved,” the latest proposition from adidas Originals features various shades of green, with midsole opting for a semi-translucent look. Boot-up screen “XBOX” branding takes over tongue labels on both shoes, while lateral heel areas are stamped with the console’s birthplace and year: “SEATTLE WA 2001.” Gamer-friendly neon green joins the mix around the pair’s heel, creating a resemblance to later options within the adidas NMD line; reflective detailing appears on the black laces. Game-changing BOOST-cushioning is visible via the partly-see-through midsole, a direct nod to the aforementioned special edition Xbox console.

Enjoy campaign imagery of the adidas Forum collaboration with Xbox here below, and anticipate a launch on November 19th. Over the next few months, more celebratory projects will be unveiled as part of the “Always Played In. Never Played Out” initiative.

For more from adidas, check out all upcoming YEEZYs. 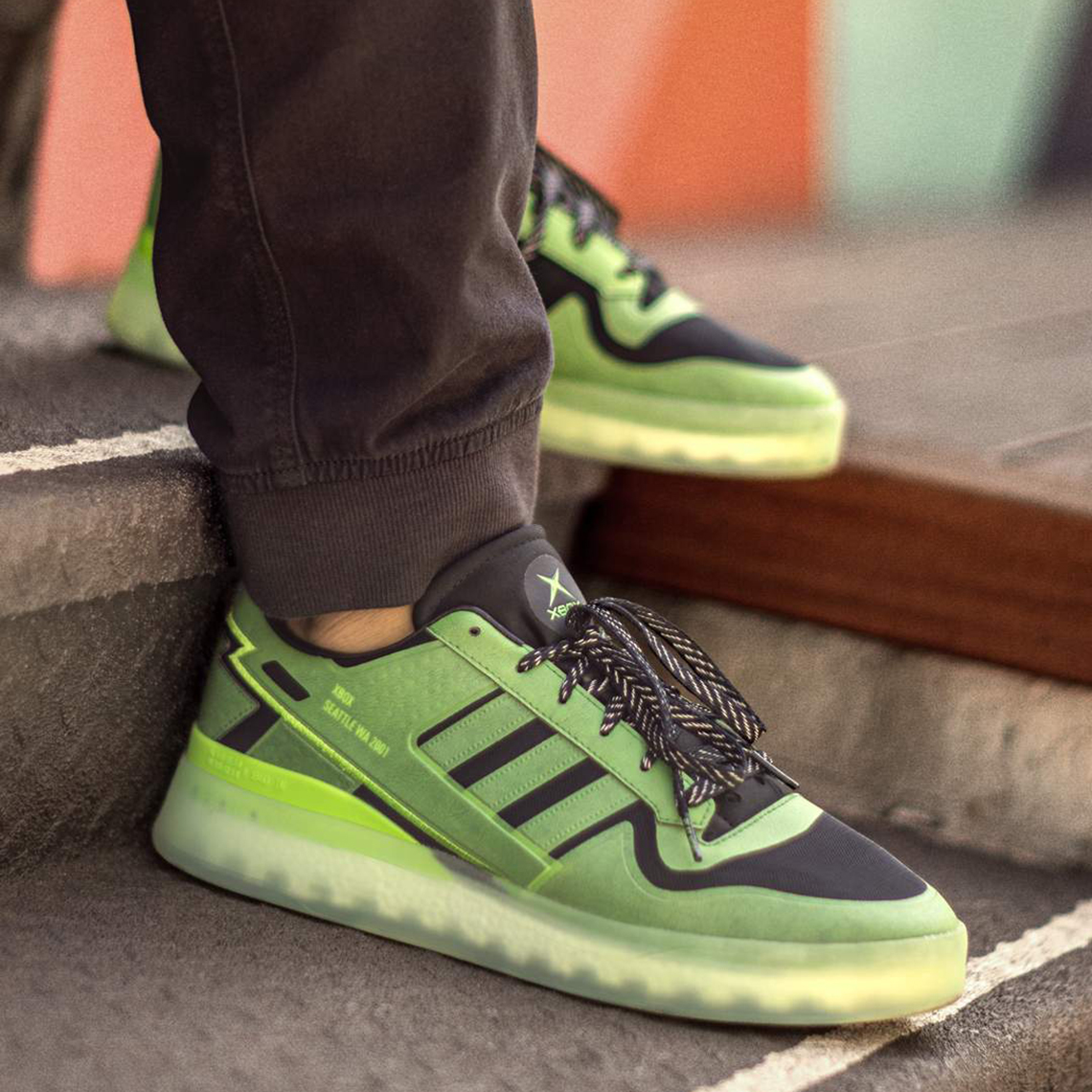 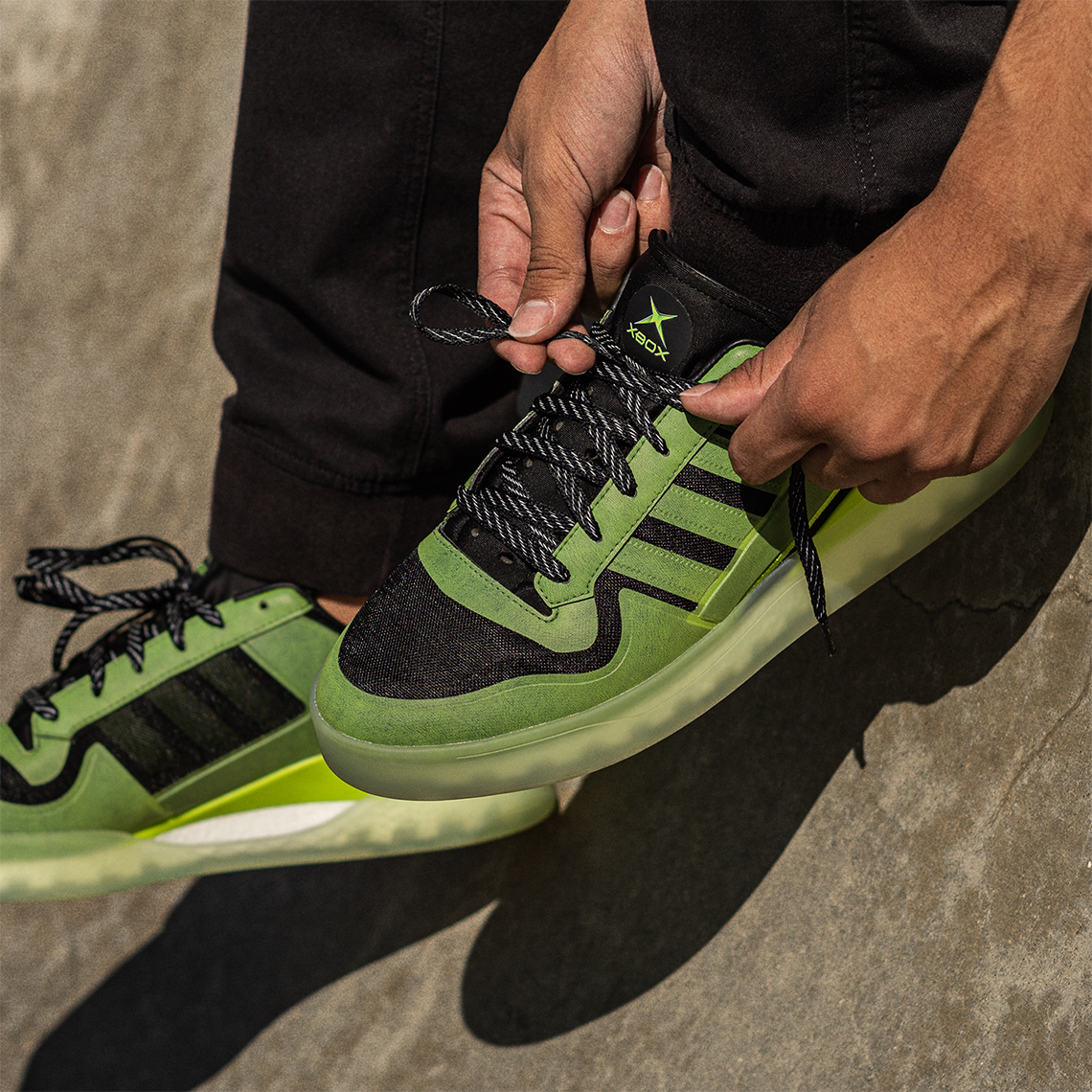 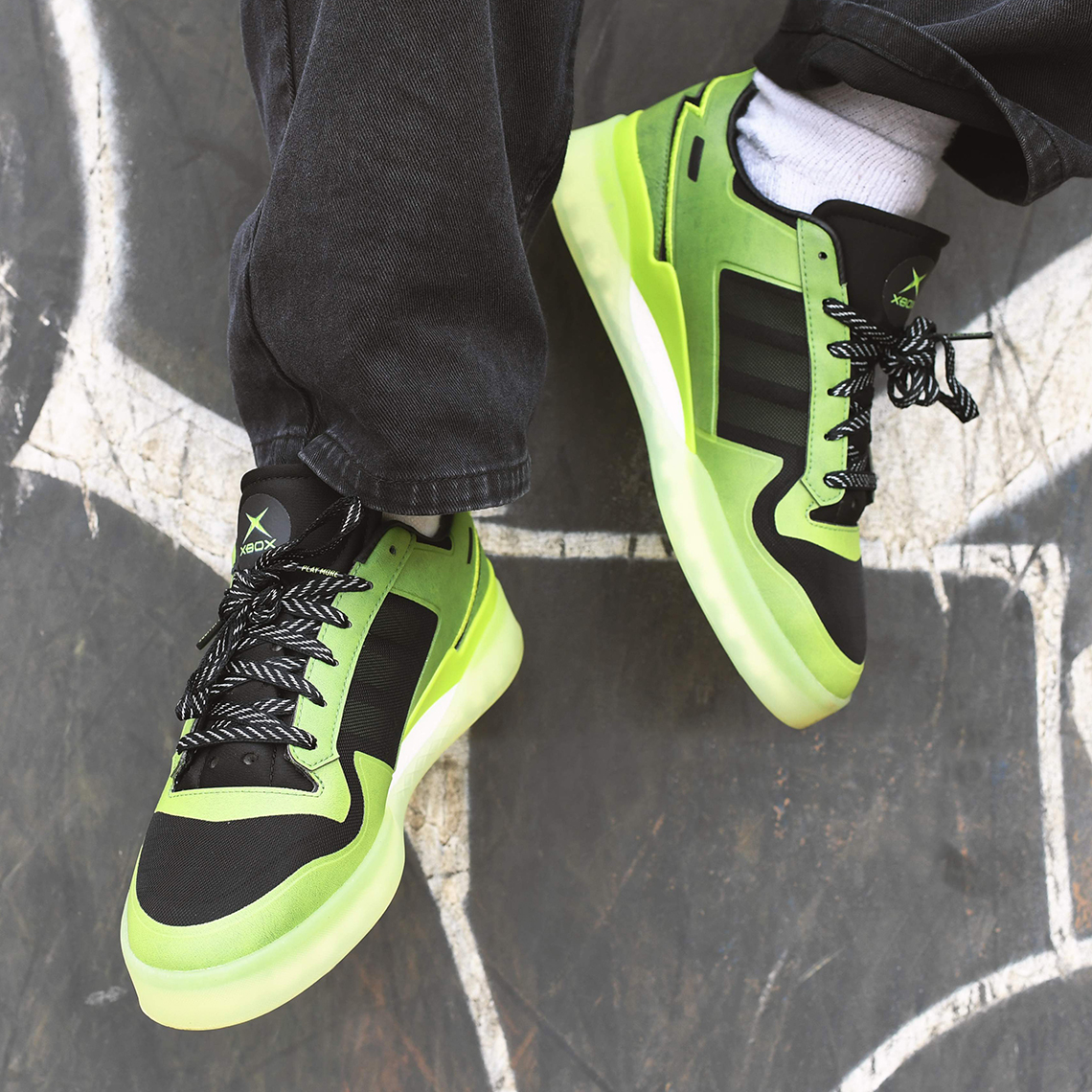 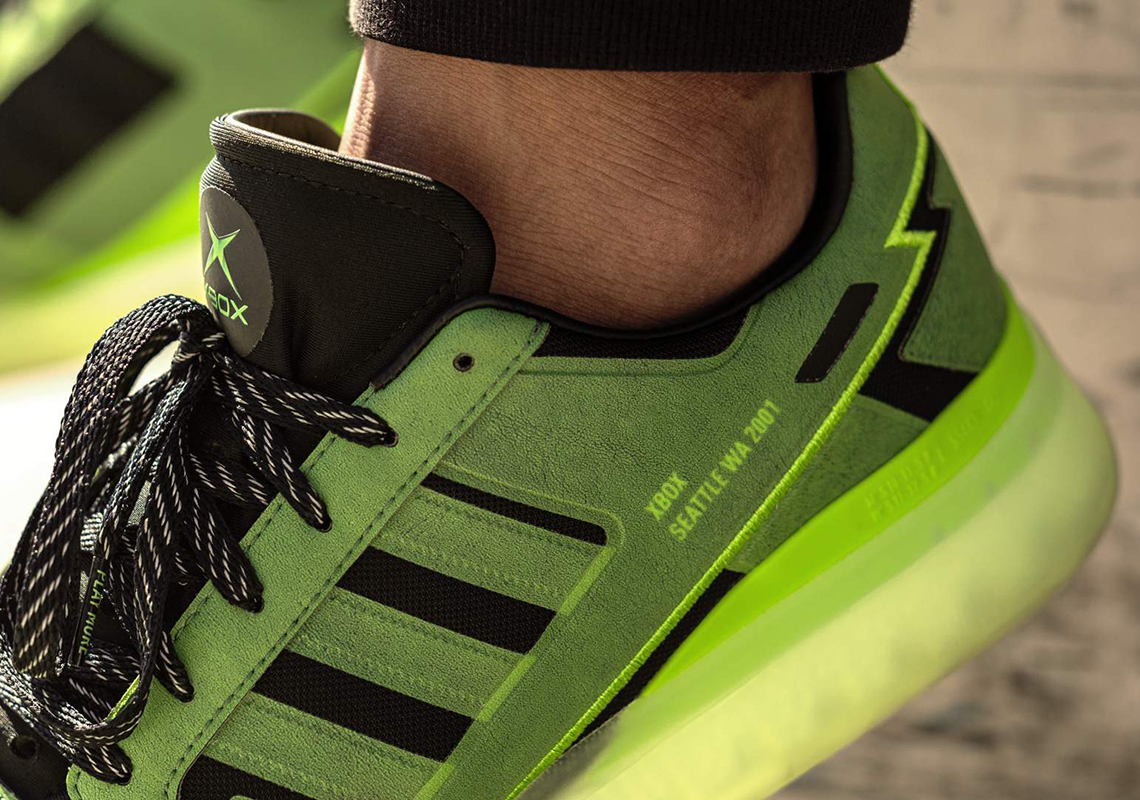 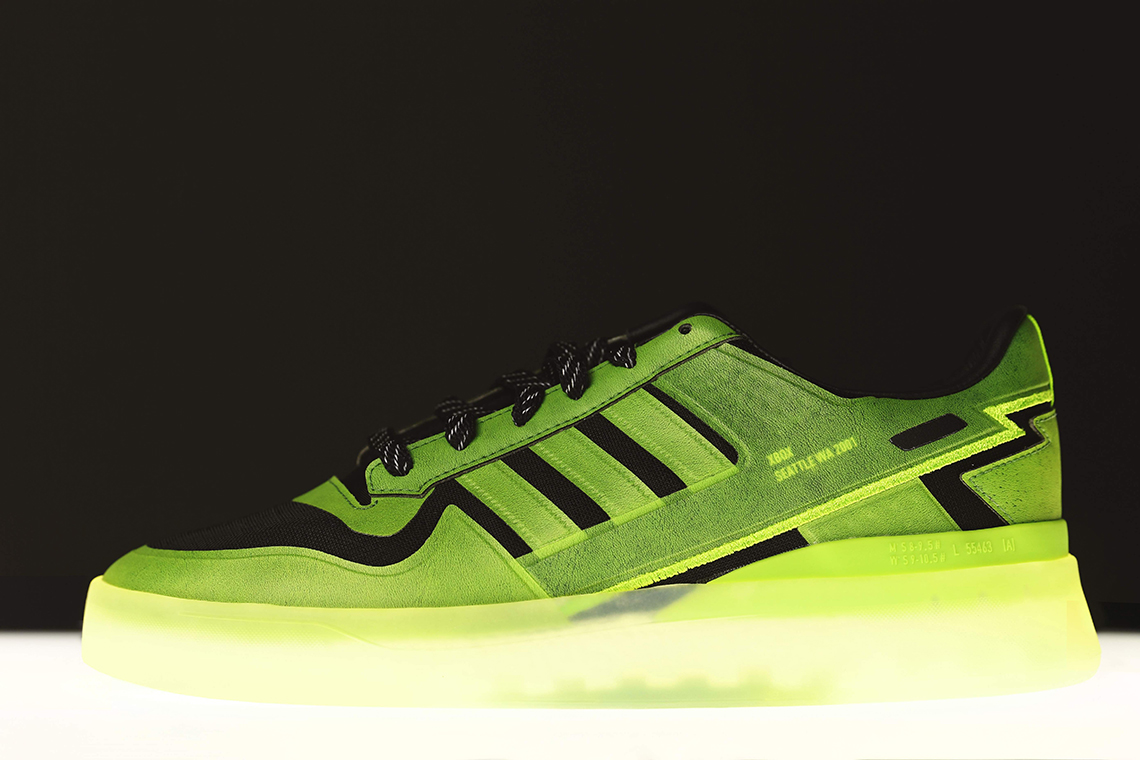 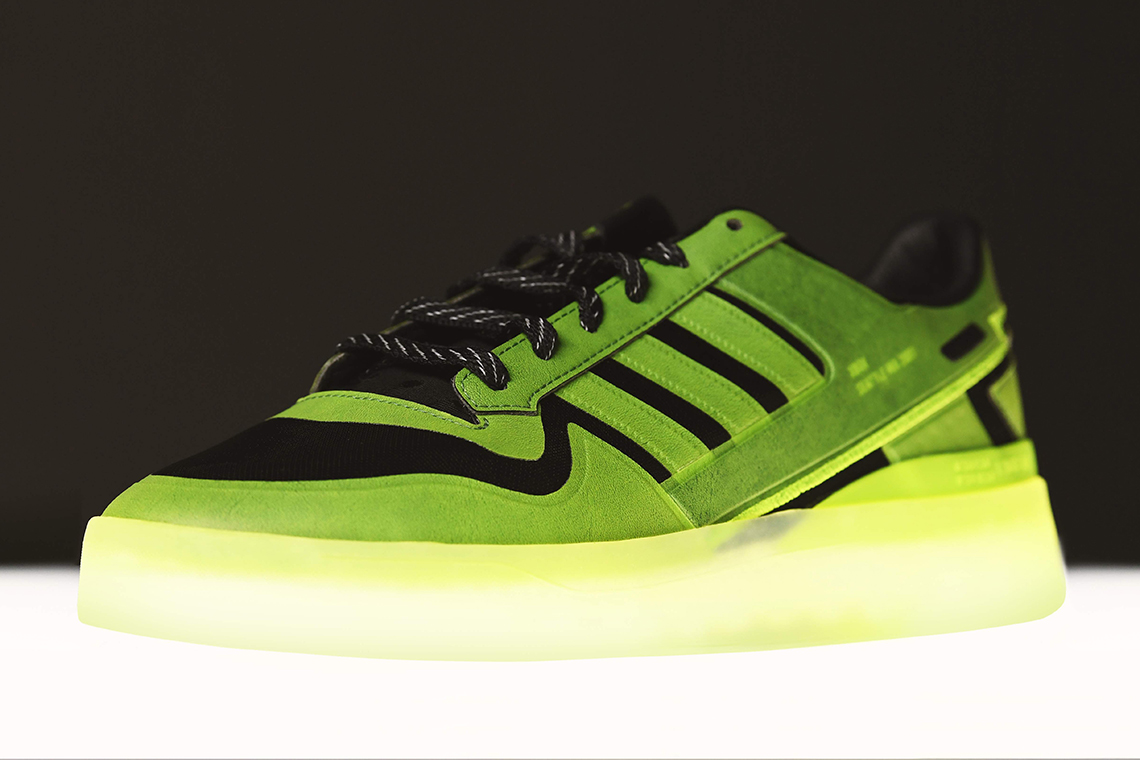 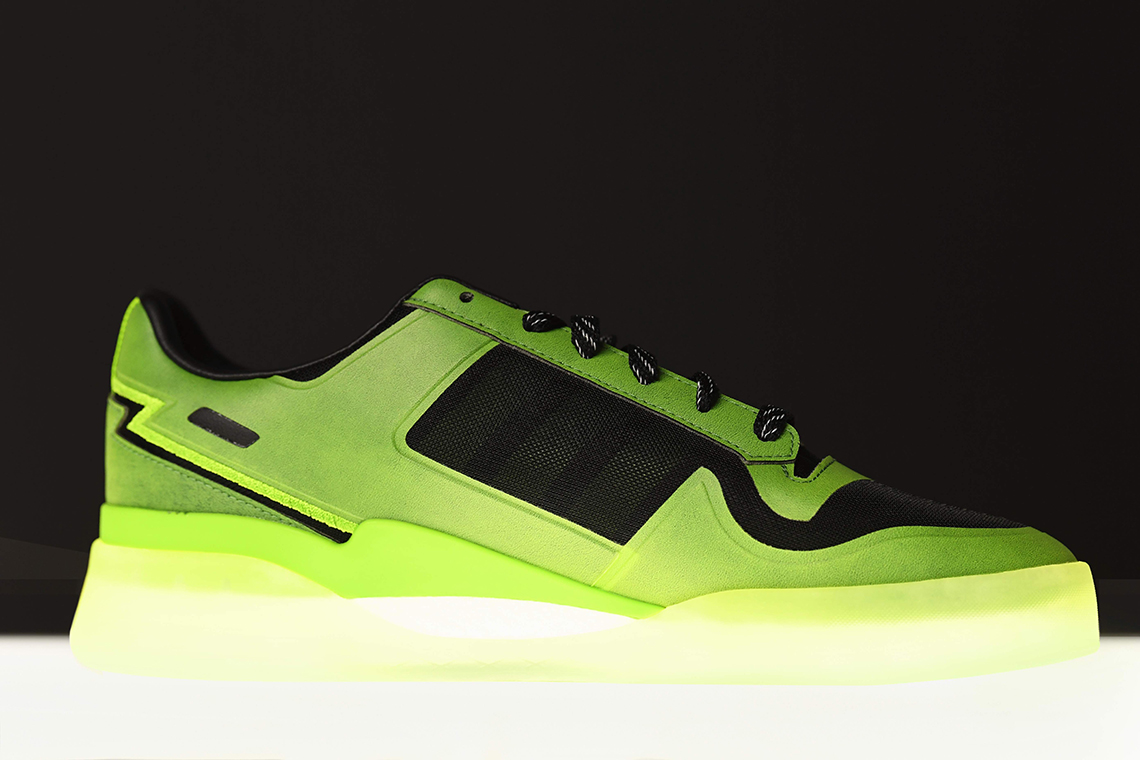